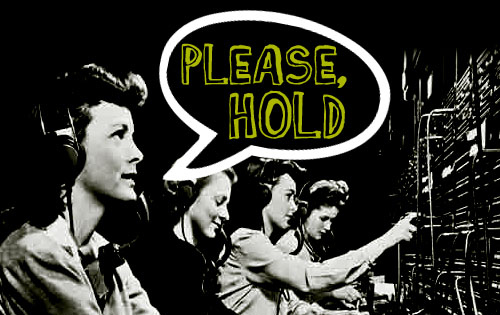 Have you ever been to a site and seen a popup with something along the lines of: “Hi there! Need some help with our pricing? We’re here to help!”

So you write back “Hi, I’m interested in your silver plan, but I have some questions”, only to get back an immediate response of “We typically respond in 1 business day”.

How is this different from the old school phone system we’ve grown to hate “Press 1 for sales, press 2 for billing.... please hold, your call is important to us”. In the end, it’s essentially the same only we’ve replaced a phone call with a keyboard and given them an easier way out, to just leave your site with a bitter taste and a feeling of being duped.

When did we as an industry become so complacent about lying to and deceiving our customers?

Well, we didn’t, at least not consciously. We got swept up in the excitement of the coming wave of AI, and how it was going to solve all of our problems.

We were too caught up in whether or not we could, that we forgot to ask if we should.

We’re all looking for ways to get that edge, and ways to generate leads / maximise traffic. But this perhaps, isn't the best way to go about it. Blatantly setting false expectations to users does more long term harm than good.

Once a user is tricked into "speaking" with a bot once, the chances of them reaching out for help again in future are reduced, and that user is instead given the feeling that they're on their own. Ironically, the exact opposite feeling that you were going for.

You’ve set the precedent that really, all you care about is the dollar, not the service. And if that’s you, by all means, arm the bots. If it’s not, and you want to build a long term relationship with your customer, perhaps it’s time to rethink your strategy and approach towards customer education from the ground up.

Late last year, we spent months and tens of thousands of dollars working on a smart messaging system that aided both participants of the conversation with contextual information, allowing the conversation to be more fluid, rich, and effective. In the end though, while we came close we came to the conclusion though that the tech just wasn’t ready yet to be truely seemless. So we benched it until such point in time that we’re able to build what we want in a truely useful way for all involved, or, someone else beats us to it. At which point we’ll gladly raise a glass and say congratulations.

Until that day though, when anything that claims to be a bot or bot-like ask yourself if it’s truly a benefit and useful to your users, or if it’s a rehash of the old school phone system with a shiny new facade.

Using a bot is a personal decision, and in some cases it can work.
If you think it's a step up for your use case, go for it, but if you've got a strange feeling in your gut that it's sending the wrong message, trust your gut.

Your relationship with your users is on the line, and nothing is more important than that.